Watching jumbo jets discharge international travellers in their hundreds at Brisbane Airport is such a familiar scene that it’s hard to believe barely 60 years have passed since the first heroic flight across the Pacific.

June 9, 1928 was the historic day Charles Kingsford-Smith and his crew touched down at Eagle Farm, Brisbane, after their 83-hour flight from San Francisco.

After many more epic flights with “Smithy” and his crew, the Southern Cross came to rest at Brisbane Airport. 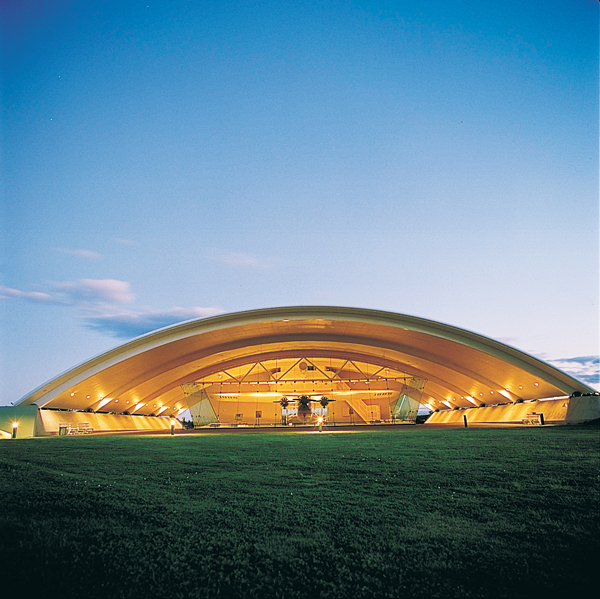 However, with the move to the new Brisbane International Airport earlier this year, the Southern Cross plane needed a new home.

Now, a firm of Brisbane architects has designed a magnificent new hanger which, with some help from Berger paints, will preserve and protect Australia’s most famous aircraft for posterity.
Design and construction of a suitable new building to house the historic aircraft was part of the assignment given to Noel Robinson Architects, the firm of architects involved in the development of Brisbane’s new airport.

“We looked at a number of different options for enclosing the artefact and decided to use a very simple, clear span space which reflected the old, traditional buildings of the airport,” explained consultant architect Noel Robinson.

“The low arch of the traditional hangar appealed to us as the simplest and nicest solution, partly because it echoed the buildings of the war years that followed Charles Kingsford-Smith’s pioneering flights and so rapidly accelerated the history of aviation.”

“This approach also solved a couple of other problems that had been evident in the old building. For example, it was very difficult to get a photograph of the aircraft from any distance, and there were reflections from the glass.”

“In the new building, we have looked very carefully at getting good photographic angles with a minimum of reflection. We have suspended very thick glazing from the arch so there are no mullions in the way and it has been hung at various angles, other than vertical, to reduce the amount of reflectivity.”

It was also important to ensure the aircraft was not exposed to damaging ultra-violet light from Brisbane’s strong sunshine, and a number of architectural solutions were found to stop the sun coming into the building.

A major overhang on the building to the north cuts sun penetration from this direction and large, landscaped earth mounds on the east and west faces lower light penetration and also reduce the visual bulk of the building. 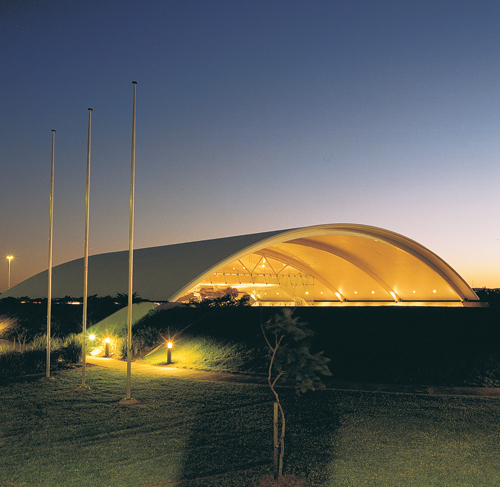 “As well as watching the light penetration we also had to control temperature and humidity within the hangar to protect the artefact.”

“In fact, the whole job was a bit like placing a little museum in the open countryside and we hope it will be enjoyed that way”, says Noel Robinson.

When it came to painting the interior of the building, Max Lauro of Unique Painting Services was faced with a mammoth job.

He applied some 12000 litres of Berger paint to an area of eight thousand square metres. The colour selected for the walls was a light “aircraft grey”, while the massive ceiling was painted white for maximum light reflection.

The end result is a final resting place for the Southern Cross that is a worthy memorial to Charles Kingsford-Smith, one of Australia’s greatest aviators, and the plane which made it possible, the Southern Cross.

The NRA Collaborative have also been involved with numerous other aviation projects, such as the QANTAS Founders Museum in Longreach, Bundaberg Airport and Rockhampton Air Terminal.

This video shows a rebuilt replica of Charles Kingsford Smith’s Southern Cross II making its first powered taxi run in 11 years at HARS on 30 December 2021 .
The aircraft was originally built in the 1980s but suffered a broken wing in an emergency landing in SA in May 2002.
The restoration team, led by project manager Jim Thurston, hope it will take to the air later in 2022.
Reproduced with permission from HARS. To see more videos, click here: https://www.youtube.com/watch?v=x3QPkep2Aw
Video from Tim May, Mark Jones \u0026 Carl Robinson and photography by Howard Mitchell. AustralianAviationHistory HARSAviationMuseum

Everything to know about american green tree frogs