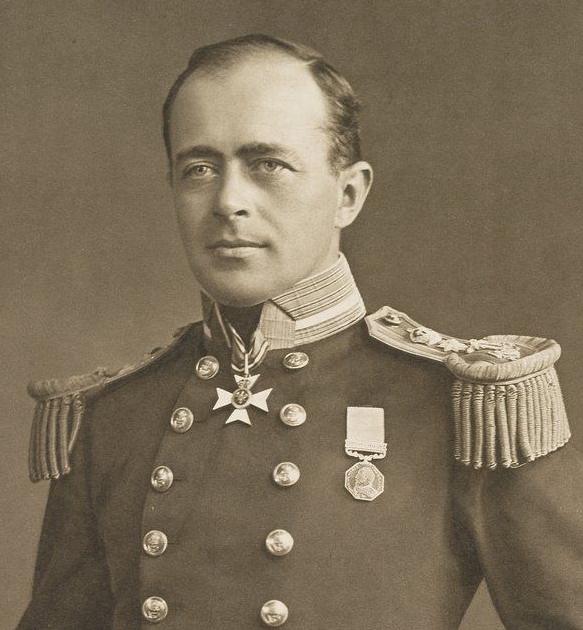 1. Scott was born on the 6th of June 1868 In Devonport, Plymouth in the United Kingdom. His father was a brewer and a Magistrate. Devonport is currently the largest Naval base in Western Europe.

3. Scott volunteered to lead the famous British Expedition of 1901 – 1903, not for the interest in the Antarctic – but rather an opportunity for a first command after a chance meeting with Sir Clements Markham the then president of the Royal Geographical Society in 1899.

4. The Discovery Expedition has both scientific and exploration objectives, including a march towards the pole – Scott’s first attempt. He was joined by Ernest Shackleton on this trek.. Shackleton later succumbed to the harsh conditions and led to a falling out with Scott which continued long after the expedition.

5. Upon return from the Discover Expedition – Scott was promoted to Captain and became a Commander of the Royal Victorian order. He later became commander of the HMS Albemarie – A battleship. 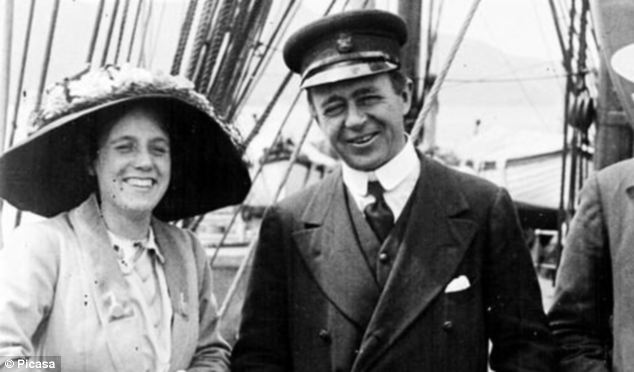 6. Scott married Kathleen Bruce in 1907, they met at a private lunch. She was a socialite and cosmopolitan. They married in September 1908. They had one son, Peter – who later founded the World Wide Fund for Nature or WWF.

7. Scott returned to the Antarctic with the ill-fated Terra Nova Expedition of 1910-1912. Where he attempted to be the first man to the South Pole. This trip is often criticised for its poor preparation including taking ponies instead of dogs to haul the sleds through the snow.

Scott arrived at the pole to find he was beaten by just 5 weeks to the pole by Roald Amundsen – The Norwegian explorer.

9. Scott was a meticulous diary keeper, and died on his return back to his camp after reaching the pole. He died on the 29th of March and his final diary entry read..

We took risks. We knew we took them; things have come out against us, and therefore we have no cause for complaint, but bow to the will of Providence, determined still to do our best to the last .. Had we lived, I should have had a tale to tell of the hardihood, endurance, and courage of my companions which would have stirred the heart of each and every Englishman. These rough notes and our dead bodies tell the tale, but surely, surely, a great rich country like ours will see that those who are dependent on us are properly provided for.

10. News of Scott’s death reached the world on the 10th of February, 1913 when it was announced with the arrival of his ship and expedition party on board the in New Zealand. Within days Scott became a national icon.

Chimu Adventures offer a range of different trips to the Antarctic including the epic – In the wake of Scott and Shackleton departure.

The deadly race to the South Pole

Two exploration teams raced to the South Pole. Only one made it out alive.
Correction: A previous version of this video used an outdated British flag. The error has been corrected. We also occasionally referred to the British team as English. In fact, some members of Scott’s team were Scottish and Welsh.
Help us make our channel more ambitious by joining the Vox Video Lab. Becoming a member brings you closer to our work and gets you exclusive perks, like livestream Q\u0026As with your favorite Vox creators. Learn more at http://bit.ly/videolab
Subscribe to our channel! http://goo.gl/0bsAjO
Robert Falcon Scott was a British explorer who dreamed of being the first person to reach the South Pole. In 1912, he reached the Pole only to learn that his Norwegian rival, Roald Amundsen, had beat him to it. Caught by freakish weather and a string of bad luck, his entire party died trying to get back. Reasons for his failure range from his use of ponies rather than dogs to a highly unusual temperature drop that made the journey back impossible to survive.
Darkroom is a new series from Vox producer Coleman Lowndes that digs into stories of the past, one photograph at a time. Watch all the episodes here: http://bit.ly/321DvzO
Vox.com is a news website that helps you cut through the noise and understand what’s really driving the events in the headlines. Check out http://www.vox.com.
Watch our full video catalog: http://goo.gl/IZONyE
Follow Vox on Facebook: http://goo.gl/U2g06o
Or Twitter: http://goo.gl/XFrZ5H

Kayaking and canoeing in tasmania