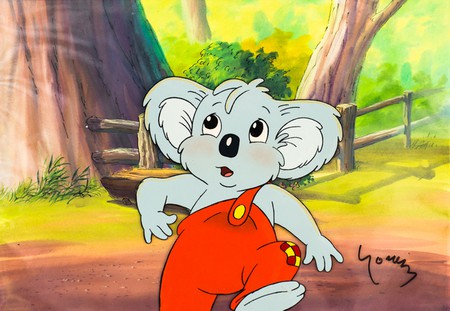 Making use of many iconic Aussie animals, children’s authors have made it their mission to tell the tales of their fascinating adventures. Not only have they told these stories, but many have incorporated these stories and animals into alphabet and counting books that will entertain the entire family. We have found the most-loved children’s books that have entertained children and adults throughout many generations.

The award-winning picture book by Mem Fox brings to life two possums and the best bush magic in Australia. Possum Magic was first published in 1983, grabbing the hearts of many as Grandma Poss tries to keep Hush protected from the dangers of the Aussie bush. However, after being made invisible, Hush starts wanting to see herself again. Journeying across the country in order to make Hush visible again using magical food, they encounter many animals along the way. 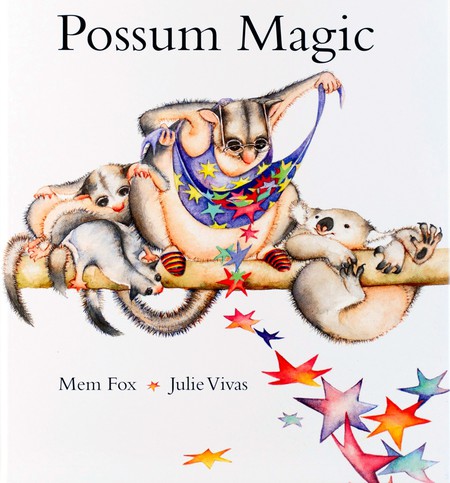 Peek into the ridiculously busy life of a wombat with Jackie French’s award-winning picture book, Diary of a Wombat,from 2002. Although we all know wombats seem to sleep all day, every day, with the occasional eating and scratching, this wombat even fits in time to train her humans into getting her what she wants, when she wants it, at her digging business. 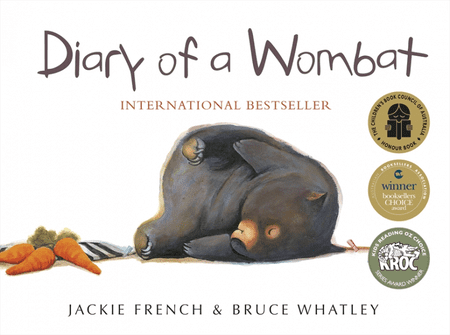 Diary of a Wombat

A visual feast for the eyes, Graeme Base’s Animalia (1986) will not only teach children the alphabet and animals across the world, but will have you playing a guessing game throughout. With 26 illustrations, one for each letter of the alphabet, this book makes use of a short poem that utilises alliteration of the letter of the page. From ‘An Armoured Armadillo’ and ‘Lazing Lions Lounging’ to ‘Zany Zebras Zigzagging in Zinc Zeppelins’ each letter’s illustrations portray many objects that also begin with that letter. For those that are up for the challenge, there is also a hidden image of the author himself in every picture. 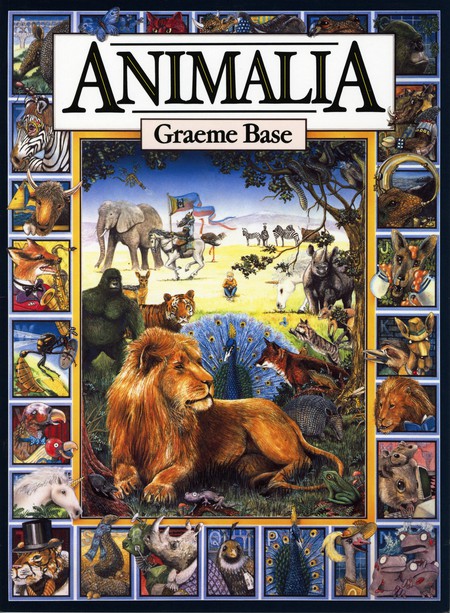 Published in 1918, The Magic Pudding is an iconic book from classic Australian children’s literature. Written and illustrated by Norman Lindsay this comic fantasy follows the adventures of Bunyip Bluegum and friends Sam Swanoff and Bill Barnacle. Combining humans with anthropomorphic animals, the companions meet a magic pudding – no matter how much or how often you eat him, he will magically reappear as his original size – who they must defend against the Pudding Thieves. With short songs interspersed throughout, the book is divided into four ‘slices’ instead of chapters – just in case you weren’t hungry enough! 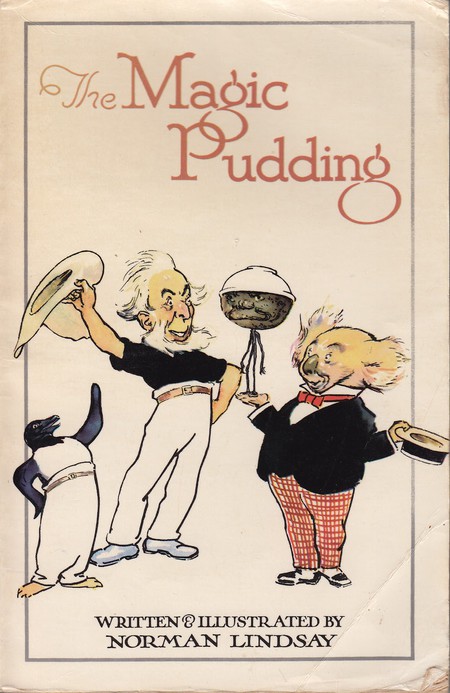 One of the best-known and best-loved characters to ever appear in Australian children’s fiction is the mischievous little koala known as Blinky Bill. This anthropomorphic koala first appeared in his self-titled book Blinky Bill, written and illustrated by Dorothy Wall, in 1933, and quickly gained a devoted following. Following this success, Blinky Bill Grows Up (1935) and Blinky Bill and Nutsy (1938) quickly followed, and the popular omnibus edition, The Complete Adventures of Blinky Bill, was published in 1939 and has never been out of print since. Considered to be a quintessential Aussie classic, Blinky Bill has made his way into our hearts, our screens and our toy boxes. 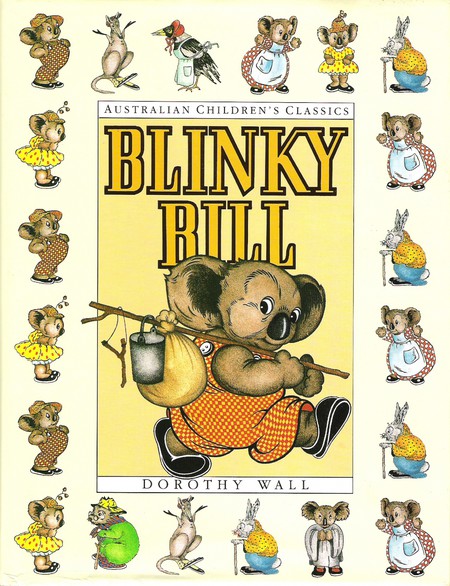 In 1986, Marcia K. Vaughan introduced us to a dingo who intended to make a wombat stew before things went horribly wrong for him. In her book Wombat Stew, the dingo receives ‘cooking suggestions’ from other Australian animals – such as emus, echidnas and koalas – on ways to improve his stew. Following each suggestion, he sings his catchy ‘Wombat Stew’ song, which will have you singing every time; but the dingo is completely unaware that each animal he encounters is actually trying to protect their friend. 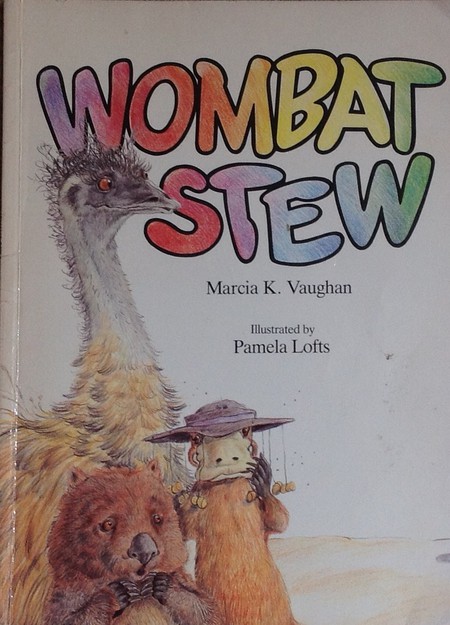 ‘Edward the emu was sick of the zoo / There was nowhere to go, there was nothing to do / And compared to the seals that lived right next door / Well being an emu was frankly a bore.’ Edward the Emu was clearly tired of being an emu, and in 1988 Sheena Knowles introduced us to him and his attempts to be something else. Between swimming with seals to slithering with snakes and lounging with lions, Edward discovers that the best animal he could be was himself, an emu. In this discovery a surprise awaits him. 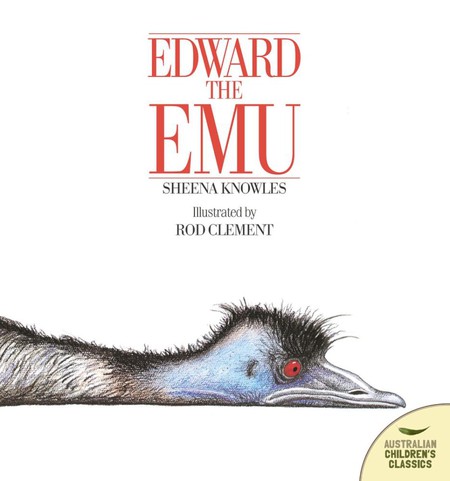 In 1916, we were introduced to tiny heroes and heroines, alongside villainous villains in the Gumnut World created by May Gibbs. In the collection Gumnut Babies we have the opportunity to relive the most-loved ‘bush babies’ stories admired by many generations. Featuring stories of the bush babies like Flannel Flower Babies, Gum-blossom Babies, Wattle Babies and Boronia Babies, readers will be taken to places like the races and the ballet with these loveable gumnuts. 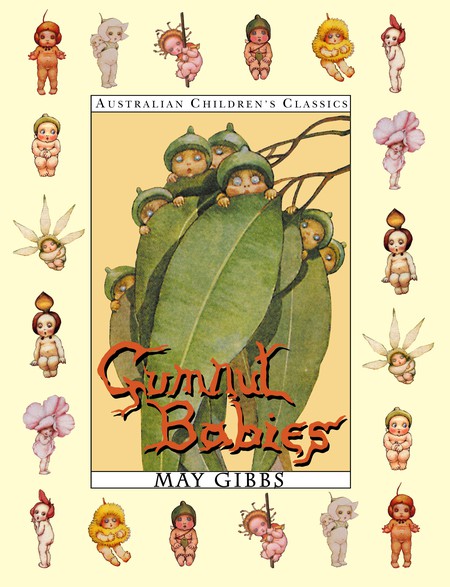 Similar to Animalia, Rod Trinca’s One Woolly Wombat, published in 1982, is an educational early-childhood book. Encouraging little ones to learn to count with one woolly wombat, readers will be introduced to many Australian animals from dancing kangaroos and koalas sipping on gumnut tea, to kookaburras writing and goannas creating havoc. Not only are we introduced to Aussie animals, but iconic Aussie food – like lamingtons – also make an appearance. What more could you learn?

Based on a traditional Dreamtime story from Australian Aboriginal mythology, Robert Roennfeldt introduces us to a water-holding frog from Central Australia in Tiddalick: The Frog Who Caused A Flood in 1981. This frog, known for drinking a lot of water to keep himself from drying out in the dry season, Tiddalick drank up all the rivers and billabongs, leaving no water behind. However, with the guidance of a wise old owl, Nabunum the eel makes Tiddalick laugh, resulting in the water rushing out of him. 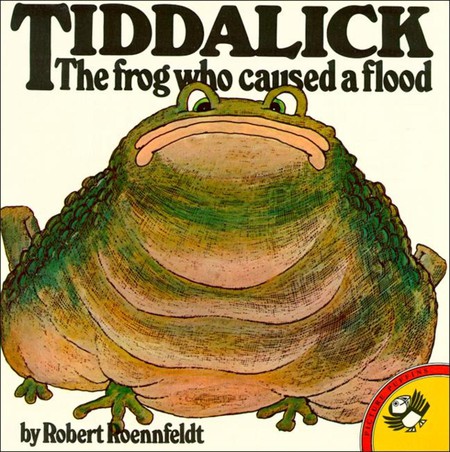 Tiddalick, the frog who caused a flood

A timeless classic from Dreamtime is Dick Roughsey’s The Rainbow Serpent (1975), telling the story of this particular rainbow serpent who travelled below the ground, creating mountains and gorges along his journey. The Rainbow Serpent itself has great significance within Aboriginal traditions, first appearing in Arnhem Land rock art more than 6,000 years ago. 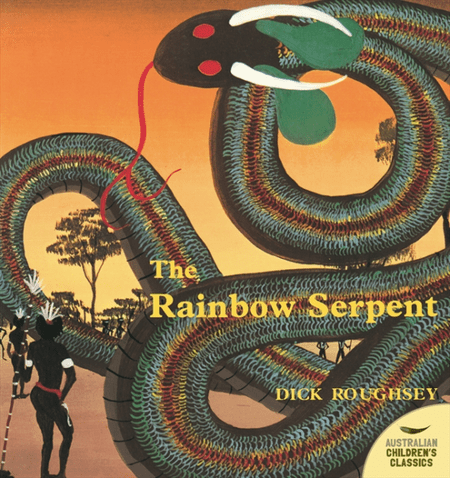 Possums are common creatures to venture into our homes, and in 1986 Kiersten Jensen told the story of a possum who wreaked havoc in one particular house. Possum in the House sees this particular possum leading the family in a frantic chase across the house to the kitchen, bathroom and study after being discovered hiding in the pantry. Although they find him exhausted and asleep on their small boy’s bed, the family leaves him to rest. After all, what damage could a sleeping possum do? 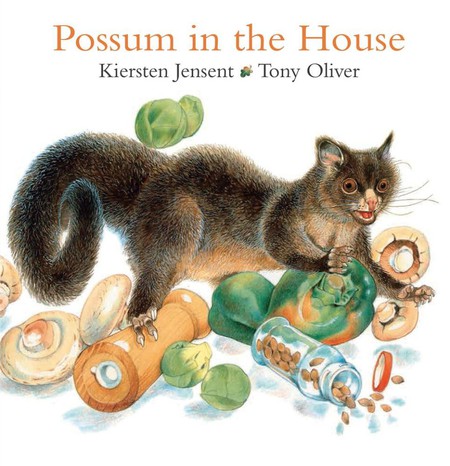 Possum in the House

Children’s Books: Somewhere in Australia Storybook Story Time Read Aloud Book
Somewhere in Australia in a land of scorching sun, lived a mother kangaroo and her little joey one. ‘Hop’, said the mother. ‘I hop’, said the one as they hopped over land scorched by the hot sun.
Join the little Joey and many more familiar animals in the glorious Australian counting Book basked on the classic rhyme ‘over the meadow’.
Support the Author by purchasing the book here: https://www.booktopia.com.au/somewhereinaustraliamarcellopennacchio/prod9781760156114.html
Author: Marcello Pennacchio
Illustrator: Danny Snell
I read fun children’s books that my children love, and other classic children’s books that can be enjoyed by many children around the world. My goal is to help parents as they strive to inspire their children to love reading and improve their literacy skills. My videos are a great resource for parents as they seek to find the best books for kids as well as a fun video to watch. Whether it’s quiet time activity or as a bedtime story
your children can practice reading with me as they watch these read aloud videos.