Your guide to edible Australian flora

This may just save you from poisoning yourself. 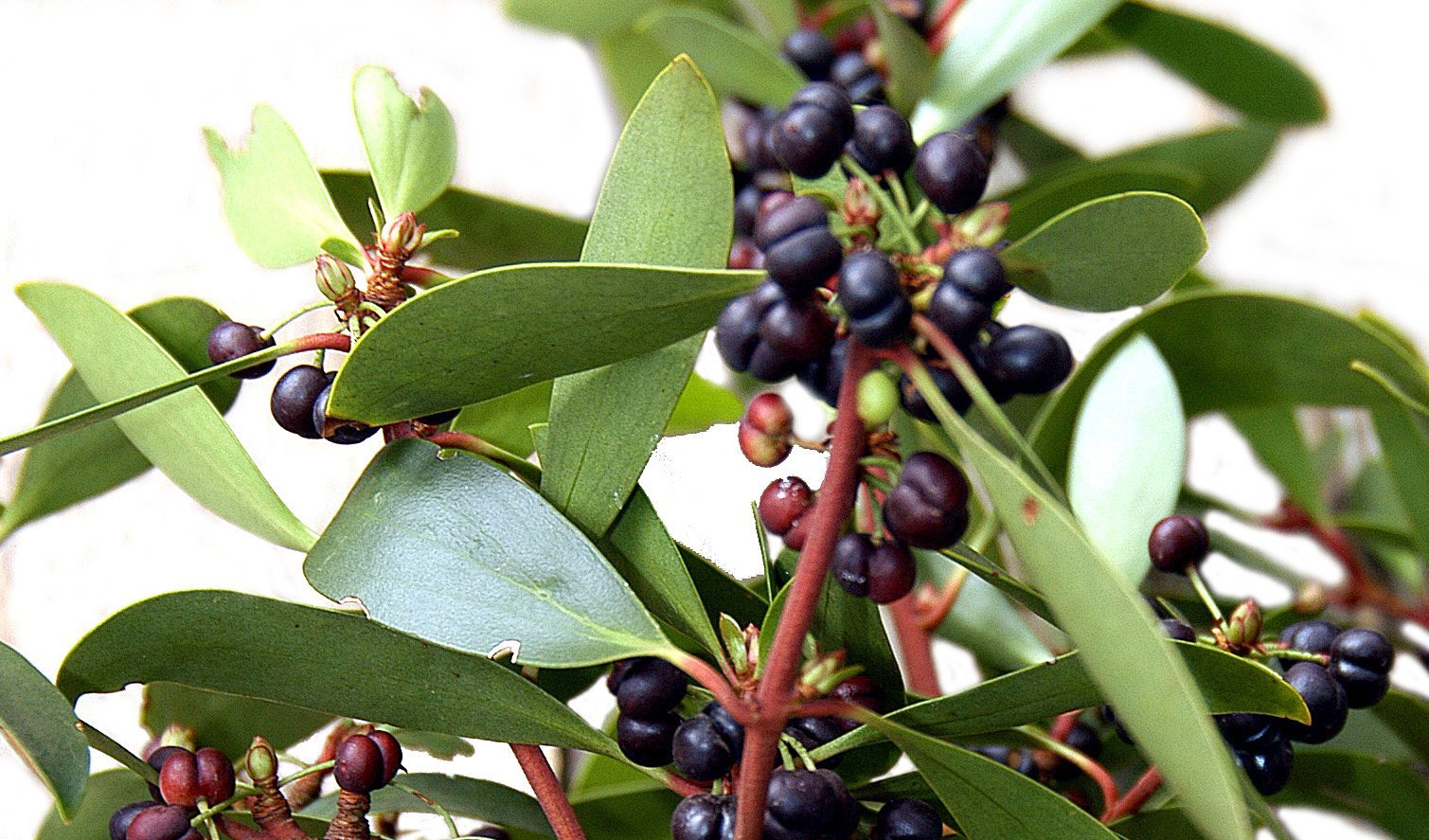 THANKS TO indigenous bush-cooking initiatives, increased success with commercial crops and publicity from high-profile chefs, a range of Australian bush herbs and spices is trickling into our gardens, nurseries and supermarkets.

While Australia’s indigenous peoples have long enjoyed the flavours and nutritional benefits of native plants, many Australians have yet to sample the smorgasbord on offer. In some cases, the flavours imparted by native plants aren’t far removed from introduced ingredients, and can therefore be used in many of the same dishes.

Aniseed myrtle, lemon myrtle, mountain pepper and river mint are just a few of the species whose common names hint at similarities to more familiar flavours. Other native foods, such as wattleseed, are becoming increasingly popular in gourmet dishes, where unique flavours are sought after and celebrated.

The plants themselves also make attractive and low-maintenance additions to backyards. Some, such as acacia, and lemon and aniseed myrtle, are already popular garden plants. Others, like saltbush, are surprising gardeners with their versatility and beauty.

A word of warning: there are more than 100 Solanum species in Australia, but only a half-dozen are edible — and the unripe fruits of these are toxic. This is a small, arid-zone shrub whose ripe fruits have a savoury, robust flavour similar to sun-dried tomatoes. It is most often dried and ground into a spice for use in casseroles, curries and salsas.

Originating in northern Queensland, this 6m tree with small, grey-green leaves imparts an uplifting citrus flavour with rosemary overtones. It can be used in sweet and savoury dishes and herbal teas, or mixed with mountain pepper for a lemon-pepper sprinkle. The quality of its oil also makes it an ideal candidate for aromatherapy and perfumery.

This small perennial herb has scented leaves and diminutive, white and lilac flowers. It’s an adaptable and low-maintenance plant and its leaves can be used in much the same way as its exotic counterparts. Aboriginal people used the leaves to treat coughs, colds and stomach ailments. It’s named for its natural occurrence in shady areas near rivers and creeks.

The leaves of this subtropical rainforest plant can be harvested year-round. When dried and milled, they impart a sweet liquorice flavour similar to star anise, and can be used in many of the same foods — such as cakes, biscuits, sauces and curries. Its purple flushes of growth, aromatic white flowers and ease of maintenance make it a popular garden tree.

This myrtle produces leaves infused with a cinnamon flavour that can be used in sweet and savoury dishes and herbal teas. It belongs to the Myrtaceae, which includes the popular lemon myrtle and aniseed myrtle. Growing to a height of 7m, it’s a good candidate for the home garden: hardy, low maintenance and adaptable with masses of striking, star-shaped cream flowers.

The leaves and berries of mountain pepper were popular among British settlers, who discovered it performed just as well as traditional pepper in dishes. The leaves are usually dried and then milled or ground; the berries, known as pepper-berries, are dried and crumbled or ground. This medium-sized tree occurs naturally in Tasmania and the wet forests of south-eastern Australia.

Grown in Africa since the 1990s to help sustain drought-stricken communities, many acacias produce a seed that can be roasted, ground and added to flour to bake breads and cakes. Its nutty taste, reminiscent of hazelnuts, has made it a popular addition to ice-cream, coffee and cheesecake. Several acacia species are used in cooking; however, Acacia victoriae (or elegant wattle) is widely recog-nised as the industry standard.

This plant’s ability to thrive in arid environments has imbued its leaves with a saltiness that lends itself to flavouring roast Iamb, seafood, vegetable dishes, casseroles and stews. Saltbush is a hardy plant that requires little watering, and its silvery-grey foliage and pink new growth make it a distinctive, useful and low-maintenance addition to Australian gardens.

12 Australian bushfoods you may not know about | SBS Food

Christian Hampson, CEO of Yerrabingin tells us about some of his favourite bush foods and how to eat them.
Grow some of your own at home with our guide: https://www.sbs.com.au/food/article/2020/11/09/hownurtureyourownbushfoodgarden